Crossword puzzles have a very long history in American publications, dating back to 1913, when the “New York World” newspaper published its first word-cross by a gentleman named Arthur Wynne.

Now, though the “newspaper” industry has dwindled abit, the birthing of digitally created crossword puzzles has helped maintain the popularity of this well-known pastime. In fact, Most major puzzles today are available in digital form (either in free or paid versions).

Over time, a bleak set of rules have been applied to the modern American-style crossword puzzle.

How Crossword Puzzles are Created

Most puzzles credit the creator and if you do a lot of puzzles, you’ll likely begin to see the same names repeatedly. For example, Merl Reagle is a very well known crossword creator, or constructor, who’s even been a guest on well-known animated show “The Simpsons”!

A crossword puzzle usually starts out with a concept. The creator places the theme answers into the puzzle grid, then decide which blocks are blacked out. Remember, they have to follow the rules mentioned above, so it’s not quite as easy as it sounds or may seem.

Once the creator (constructor) is happy with the themed answers and their placement, s/he then uses what’s referred to as “fill words” to finish out the puzzle.

If all goes well, it’s that simple, but usually, changes will be required to allow all of the words to fit together harmoniously.

It’s very similar to “reverse crossing”, or doing a crossword puzzle backwards. Constructors have to rack their brains thinking of answers using this method as well.

Puzzles which end up in some of the larger newspapers, or in syndication, are controlled by an editor. Creators submit their puzzles to an editor who then decides which puzzles are selected and for which day – since crosswords typically increase in difficulty throughout the week.

The editor frequently tweaks clues to conform to the style and difficulty of the publication. The New Your Times’ editor, Will Shortz, receives hordes of daily submissions from creators vying for a chance that their puzzle(s) make an appearance “The Times”.

Crossword puzzle creation isn’t especially lucrative and is typically just a past time for the creators (or constructors).

For example, the New York Times pays a mere $200 for a daily puzzle and just about a grand for a Sunday puzzle, but, that depends on the puzzle being chosen which is quite competitive. There were New York Times puzzles from over 60 creators back in 2012.

Many American crossword puzzlers are unaware that there are different types of crossword puzzles around the globe, with the most popular one being the Cryptic Crosswords, a British styled crossword-puzzle.

To become a successful “cryptic crossword” puzzler, you need to watch out for ‘code words’ in the clue. Words which hint at what the hidden meaning is. Wikipedia has an example of how this works.

Are You A Crossword Puzzle Fanatic?

If you enjoy “crossword puzzles” as much as I do, be sure to visit back again real soon as I’ll be posting more on the history of this amazing puzzle type, many tips and tricks to becoming a more successful puzzler as well as useful resources for those looking to invest in this pastime and even for those who wish to become an actual “crossword constructor”.

Better yet, please consider subscribing to my mailing list. Not only will you be one of the first to know whenever a new post becomes available, I’ll also send you tips & tricks that will be available nowhere else, not even on this site. PLUS, you’ll also receive weekly freebies such as free puzzle books, free images, tons or resources and so much more…

To subscribe now, simply click this link, fill in your name and email address and, well, actually, that’s it. It’ll take less than 30 seconds of your time, I promise. AND, as my way of saying thanks, you’ll receive a very special “thank you” gift from me within the next 48 hours.

I am a self-taught Windows software and PHP/MySQL programmer as well as the author of hundreds of puzzle books, coloring books and kids activity books. When working, I am usually hard at work coding up my newest creation or meeting my customers' needs. I also spend much of my time creating puzzle books, activity books and various other "low content" products such as journals, calendars, diaries, planners, etc. When I'm not at work, which is hardly ever since my office building is literally less than 150 feet away from my home, I can be found on the couch with an ice cold Pepsi in one hand and the TV remote in the other, binge-watching some of my favorite shows such as The Blacklist, 24, Madam Secretary, Designated Survivor, Breaking Bad, Storage Wars, Container Wars, Auction Kings, Shipping Wars or my all time favorite -- American Pickers. If you ever want and/or need to discuss something with me, please feel free to chat me up by visiting https://help.xeebs.com and submitting a help desk ticket and I'd be more than happy to chat with you. 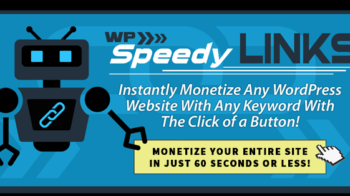 Profit From An In-Demand Niche with 45 Million Buyers Easy 5 Niches That are Ripe For the Taking… Some of the links displayed throughout this site are “sponsor links”. I may receive compensation if you decide to make a purchase.